International holidays have fallen into a distant memory. Thanks to Covid-19, the very idea of ​​the jet-set abroad seems … finally foreign.

But rest assured, sooner or later the airports will open and Australians will resume indulging in one of our favorite pastimes: traveling abroad.

This pandemic has systematically changed the way we live, some for the worse and others for the better.

While your work habits and hygiene practices may have improved, there is one particular issue we would like you to add to your list: abandoning the unethical animal tourism industry.

Thailand has a major tiger problem. Inside unaccredited facilities, dubbed “roadside zoos,” lies an industry that thrives on the mistreatment of one of the most majestic creatures on our planet.

They are subjected to high forms of stress from an early age, where they are taken away from their mothers as early as three weeks old to pose for photos with tourists.

To keep these naturally predatory creatures from harming humans, tigers are heavily sedated.

Big cats spend their entire lives in small concrete enclosures and are completely deprived of both their natural environment and the ability to engage in their instinctive behavior.

Like puppy farms, older tigers are forced into rigorous breeding, often breeding and giving birth to cubs with congenital problems such as deformed limbs and respiratory problems.

These animals spend their entire lives being stressed, alone and afraid. It is common to whip a baby elephant until it submits, trainers will use bull hooks to push and assess the animals until they submit. These handlers effectively break the spirit of the animal.

Sleep-deprived giants are forced to carry tourists for hours, with little food or water to feed them. Elephants, known for their intelligence and complex emotions, often collapse or react aggressively to immense stress. There is nothing charming about the snake charm. Indian cobras are poached in the wild and mutilated.

It is illegal to own a snake in India, but despite this, snake charmers can still be seen performing on the streets next to popular tourist attractions.

Their fangs are either pulled out or crushed – their poison glands are roughly torn off or shattered. Snakes rely on their fangs and glands to help them digest; Removing them ensures that they suffer a slow and painful death from hunger. One of the most prominent forms of animal cruelty in the world is the imprisonment of marine life.

Dolphins, killer whales, and seals typically travel hundreds or even thousands of kilometers in the wild. It’s impossible to imagine how constraining a swimming pool is compared to the great feats of migration they are used to.

In some cases, the dolphins in these marine theme parks have their teeth filed down to prevent tourists from injuring themselves while swimming with them.

There have been recorded cases of dolphins committing suicide by deliberately ceasing to breathe in captivity. Japan is a country obsessed with theme restaurants; with bars dedicated to canned goods and even break-dancers, there’s a place for everyone to visit.

Sadly, animals aren’t spared from the thematic frenzy, with owl restaurants proving to be a popular tourist attraction.

It’s a billion dollar industry, with roots in Latin America, Spain and Portugal – bullfighting is a brutal spectacle.

Beautiful animals are raised in horrible conditions and are trained to be aggressive and mistreated from an early age.

Bulls are given tranquilizers and beaten before fights, further hampering their ability to retaliate. When they first enter the arena, the bulls are harassed by men carrying swords as they ride blindfolded horses.

Men stab the bull, leaving the animal with a sword protruding from its body, and horses are often gored and injured in the process.

Finally, the matador enters the arena and fights with the weakened animal. This action is often hailed as courageous and heroic, but it is not.

While the bull may appear aggressive, it is afraid, in pain and torment, running over the matador as a last chance for survival. Eventually, the matador kills the bull by stabbing the animal with a knife on the back of the head. The violence and suffering seen in this form of entertainment is shocking. That anyone finds this entertaining is shocking.

Tradition should never be used as an excuse for cruelty. 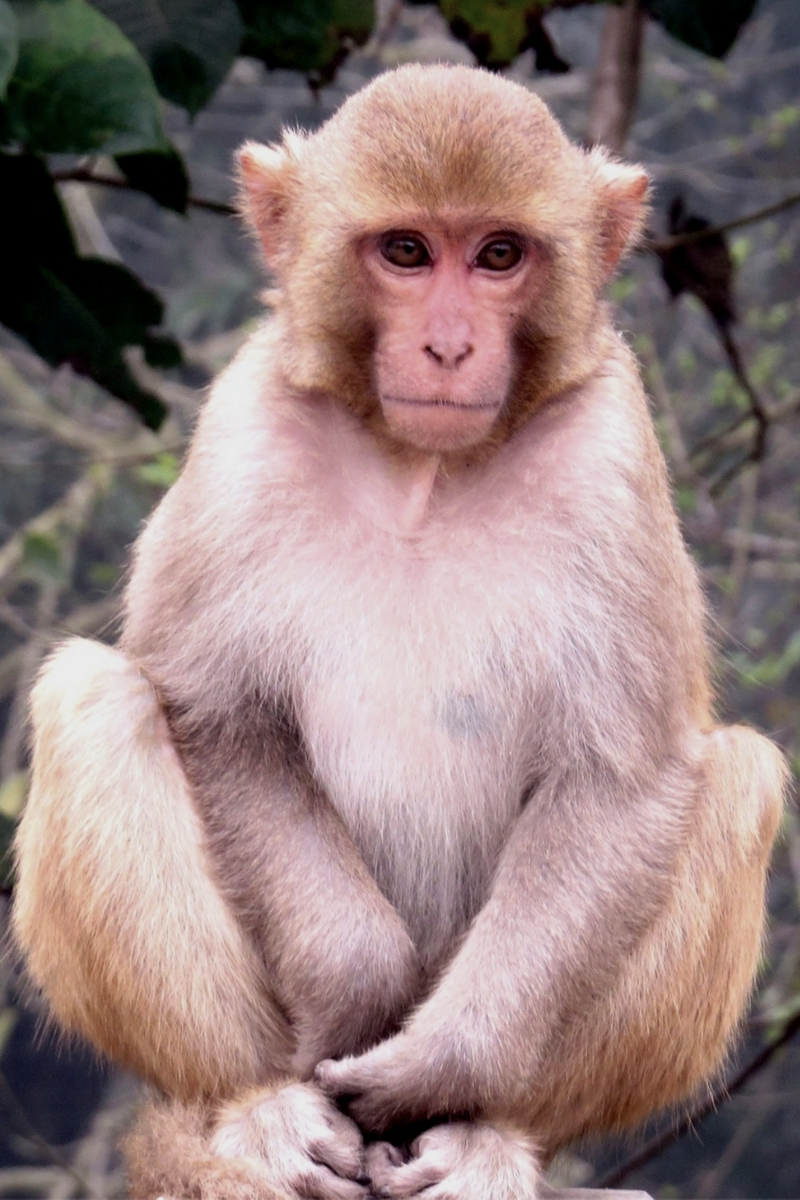 Often seen in Morocco, the dancing monkeys are a street “spectacle” where the little creatures are forced to perform in front of the crowd while being strangled by a chain.

There is a pattern in most of these cruel practices. Young animals are separated from their mothers at a young age and trained (usually abusively) to “dance” and do tricks.

Although “dancing” the monkeys is a disturbing and sad practice, it is very easy for tourists to be drawn to the shows. Don’t forget the abuse these little creatures go through learning to do their “dances” and juggle, just for your entertainment. In Peru, tourists are often drawn to the laziness experiences they can indulge in. Tourists can hold and cuddle young sloths. While this may look cute and is ideal for an Instagram photo, the situation is extremely stressful and can cause the slow mammal some anxiety.

Sloths are used as props for photos, and since they are slow, it is easy to capture them in the wild for abuse for the enjoyment of tourists. Handling sloths not only leads them to suffer from anxiety, less sleep and stress, it can also shorten their lifespan.

Sloths are adorable and fascinating creatures – let’s leave them alone so that we can continue to admire them in their natural habitat, rather than using them as a prop for a photo. Enduring a lifetime of physical abuse, torment, and mental distress, dancing bears live tortured lives. The popularity of performing bears has dropped dramatically around the world, however, there are still three countries where the industry is alive and well.

Tourists visiting India, Pakistan and Nepal may come across a dancing bear. Like many other examples we’ve shared, don’t be fooled by the spectacle, behind the demeaning act of “dancing” lies blatant cruelty.

Baby bears are poached in the wild, where their mothers are slaughtered. They are raised within the confines of small cages and are frequently beaten. Bears associate music with being belted on their legs with a stick – they have learned to “dance” to escape the pain of the beatings. 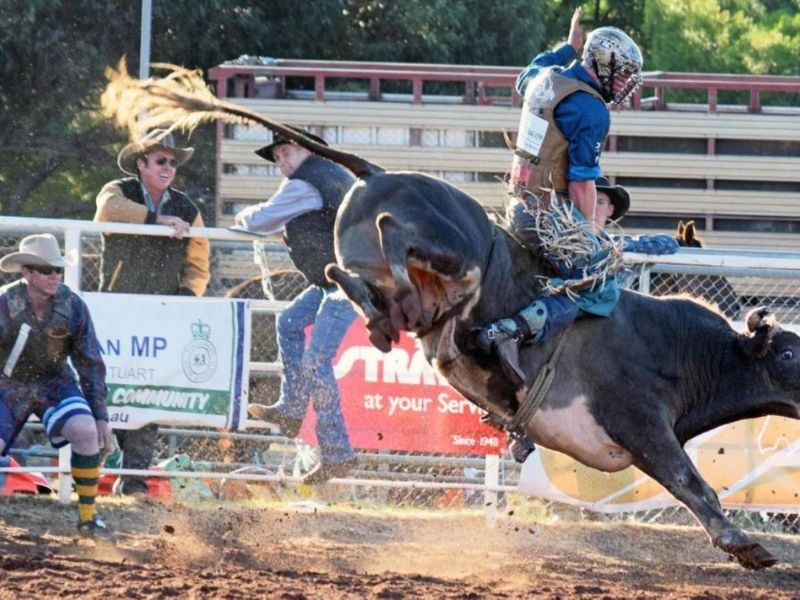 Unfortunately, in Australia, we are not exempt from abusing animals for entertainment. Rodeos remain a prolific contributor to animal cruelty, with events happening across the country.

This is another display of supposed human bravery and strength, which puts animals under immense stress in unnatural situations they should never be forced into. Cowboys spur the flanks of the clashing horses, terrified and panicked, the violent runoff movement being driven further by a tight strap around the animal’s flanks. Such extreme bucking can lead to the horse suffering serious spinal injuries, broken legs and even broken necks.

Calves are used to demonstrate human “strength”, but the roped calf is also anything but an impressive feat. The calves are chased around a small ring by people (usually men) on horseback, tied with a lasso around the neck and pinned to the ground. These babies, too, often suffer from serious injuries. For some, being pulled at full gallop and thrown to the ground, the man then jumping on it to tie the animal, causes injuries so catastrophic that the animal dies.

Rodeos are disturbing and violent events that should have been banned long ago. Do not contribute to this horrible abuse of animals. Australian tourists visiting and paying for these experiences contribute to both supply and demand – these practices will not be stopped until consumers actively boycott them.

When planning your getaway after the world reopens, remember that your entertainment shouldn’t come at the expense of an animal’s life. Plan your route ethically.

/ Public distribution. This material is from the original organization and may be ad hoc in nature, edited for clarity, style and length. See it in full here.